A Late Afternoon Viewing of Mount Rundle and the Vermillion Lakes 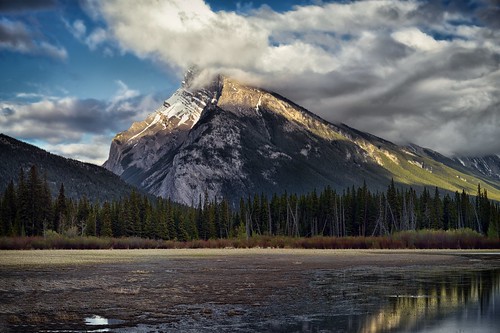 Most of the day around the Banff area had been overcast with low clouds. In the late afternoon, the clouds started breaking up and then there were blue skies. That’s when I had a chance to head over to the Vermilion Lakes Drive for a late afternoon "viewing" of Mount Rundle. The views we’re not disappointing. One might even say amazing! Here I used a Big Sky CEP 4.0 recipe for the final image. I found that the total contrast was brought out much better with the detail extractor both in the clouds and on the mountainside itself.