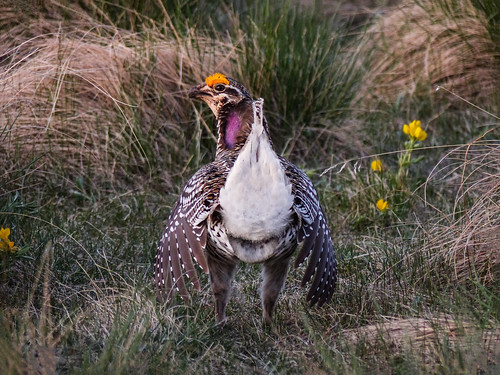 Today, 14 November 2019, I have just posted five more odds and ends of photos, from way back in my archives, instead of going through photos taken more recently. Mind you, I shouldn’t be posting anything, as I have started (yet again) backing up and deleting photo folders from my hard drive, as I am pretty well out of space. Also, I will have to take my computer in as soon as possible, to get it changed over from Windows 7 to Windows 10, seeing as support/security for Windows 7 comes to an end in January. So, a fair bit of deleting would be a good thing to do before I take in my computer. Not to mention a good thing before my computer crashes! I have added the description that was under another photo taken the same day, 2 May 2016.

My thoughts are with all the people of Fort McMurray, Alberta, who are being devastated by a massive wildfire at the moment. Everyone in the city is fleeing, leaving everything behind.

Two days ago, on 2 May 2016, I was incredibly fortunate to be able to witness about 30 (?) of these Grouse, mainly male with just a handful of females, displaying at their "lek" or communal dancing ground. On this particular day, five of us went to see this. There had been a couple of possible chances for me to get out there, but these had fallen through. Then, out of the blue, friend Dorothy phoned me a few days ago, asking if I had been able to get to the lek yet. She said that if I hadn’t been, that her husband Stephen would be willing to drive me there! This was such a wonderful surprise, though anyone who really knows this couple already knows what amazingly kind and generous people they are. I was so happy to get this unexpected chance and the three of us had a great morning, in good weather and in good company. Two young men also went, making their own way there. Delightful guys, highly respectful of not only the Grouse, but also of us, constantly moving form their seats to allow us to get our turn, and vice versa – there are only three tiny windows from which to shoot. They could so easily have left the ‘hide/blind ahead of us when the Grouse had all left, but instead they waited till we were all packed up and then made sure that we were all able to safely get over the very awkward stile at the fence line. Having been out there last year, on 13 April 2015, I knew of this problem and had bought a three-step step ladder a few weeks ago, just in case I was able to go sometime this spring. This made so much difference, thank goodness, especially as I was really tired after staying up all night in order to leave at a very unearthly hour of the morning.

So glad we had a nice, sunny day – the day I went a year ago, the weather was overcast and not good for photos. This year, I got to see the Grouse in beautiful sunrise light, too. Of course, the ‘problem’ of clumps of tall grass was exactly the same this year, lol, keeping the birds somewhat hidden, but every once in a while, a bird would come out into the open. Most of the time, they were quite distant, but we were very lucky that several did give us a closer view. This photo was taken fully zoomed – Focal Length (35mm format) – 1200 mm – so it’s better to see it at this size and not the larger size. Such magnificent birds, with their yellow ‘eyebrows’, purple patch (which is revealed when the males are dancing) below the side of the neck on the males, and glorious feather pattern. Their dance display to attract the females is so fascinating to watch.

Just after we got back to our cars, another car came along the road and stopped to talk with us. It turned out that this gentleman was indirectly connected to the lek. He voiced his huge concern at how many people had been out there this spring, feeling that this was not good for the Grouse. He said that hopefully no more people would be going, so that the Grouse would be undisturbed in their mating. We agreed with him and thought that maybe people should not be allowed to visit every year, but perhaps every two or three years. I will pass on his words and great concern to our Naturalist leader who organizes these visits.

After we left the lek, we travelled a few nearby backroads, hoping to see a Western Meadowlark. We saw 10! It had been so funny, while we sat in the blind at the lek, a Meadowlark was somewhere nearby and sang for us for about four hours! When we at last emerged into the sunlight, there was no sign of it anywhere. We did manage to get a few distant shots of two or three of them.

Thank you so much, Stephen and Dorothy, for offering to take me – so very kind and thoughtful of you, as always! The stop for having our sandwiches was great and the muffins you brought along with you ended the morning very nicely.

If you have time, the following 2:30 minute YouTube video by the Alberta Conservation Association is very good for showing the action of these birds. There are several still shots first and then the video starts. Pretty amazing! The birds remind me of a child’s wind-up toy : )

I came across an excellent brochure (pdf file) about Sharp-tailed Grouse on the Internet and will use some of the information from it, instead of using my own words to describe what goes on at a lek. I had seen females of this species before, on Christmas Bird Counts, but not a male and not at breeding time.

"Sharp-tailed grouse perform spring courtship displays on communal “dancing grounds” called leks. Here, males compete for breeding opportunities by displaying their "dancing” ability to females. Most activity on the lek occurs in the early morning just before sunrise and for a few hours afterwards. The males’ energetic display includes fluttering wings, rapid foot stomping and spinning in tight circles – reminiscent of wind-up toys. The most dominant males court females with low cooing sounds and by strutting around them with inflated air sacs on their neck and fanned tail feathers. It is nearly a winner-take-all form of competition, as only a few of the males are selected as mates by the females.

Leks are found in areas with dry open ground, where dancing activity keeps the vegetation well-trampled. Leks are used over several weeks beginning in late March and are often used for years, even decades. They are an important part of sharp-tailed grouse life, and the loss of suitable lek habitat can be a limiting factor for sharp-tailed grouse in Alberta.

Male sharp-tailed grouse gather on the lek in late March. In April the females arrive, sparking increased displaying by the males. Peak attendance by females on the lek occurs between mid to late April in much of Alberta. Once they have selected a male, hens breed once and then seek out a place to nest, usually in late April to early May.

Leks are an integral part of the lifecycle of prairie grouse. Active leks should never be approached, as any disturbance to the birds may disrupt breeding activities and result in the abandonment of the lek. The locations of active and historical leks are of great interest to grouse biologists.

Native North Americans called the sharp-tailed grouse “Fire Bird” because of their reliance on fires to keep their habitat open in wooded areas. Suppression of natural fire in parkland and boreal areas reduces the amount of open grassland available to sharp-tailed grouse.

Sharp-tailed grouse were an important food source for native North Americans and they continue to be a popular game bird for hunters today.

In Alberta, the sharp-tailed grouse is listed as “Sensitive.”
While exact population numbers are not known, there is a feeling that sharp-tailed grouse have decreased significantly in numbers over the past 40 years. This trend is supported by lek counts, hunter surveys, aerial counts and Breeding Bird Survey data. Declining numbers are the result of a reduction in the quality and quantity of sharp-tailed grouse habitat, particularly the loss of quality nesting and brood-rearing habitat." From www.ab-conservation.com.