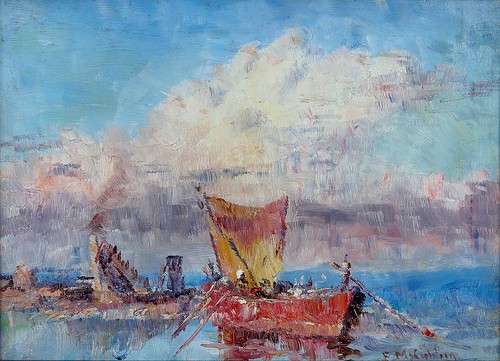 Frederick McCubbin (Melbourne, February 25, 1855 – December 20, 1917) was an Australian painter who was prominent in the Heidelberg Scholl, one of the more important periods in Australia’s visual arts history. By the early 1880s, McCubbin’s work began to attract considerable attention and won a number of prizes from the National Gallery, including a first prize in 1883 in their annual student exhibition. By the mid-1880s he began to concentrate more on painting the Australian bush, the works for which he became notable. He died in 1917 from a heart attack.